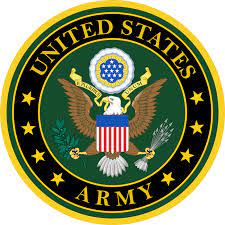 Anthony J. "Tony" Konieczka , (69) Army veteran from Chicago, passed away June 18, 2022 after a long battle with cancer. Beloved husband of the late Karen (nee O'Leary), dear father of Veronica (Dominick) O'Dierno, fond grandfather of Tony and Marley, loving relative and friend to many, he will be missed at parties, barbeques, fishing trips. hunting excursions, and all sorts of other events.

"Dear Dad
Thank you for all you have done for me.
You have sent me to Catholic school. You put good clothes on me.
I love you! You make me very happy. You care for me when I am sick.
You help me when I am in trouble. I am thinking of you now.
Your Loving Son,
Anthony "
This is a father's day letter that young Anthony wrote to his father.
In addition to its contents: a young boy expressing love and thanks to his father, there was another thing that caught my attention write away:  his impeccable handwriting.
As a child he had much better handwriting than I do now as an adult.  A student of Catholic school he would practice his handwriting by copying paragraphs of the newspaper.
His handwriting was so crisp and so clear that he would never have been allowed to be a doctor.
Anthony Joseph Konieczka is my father in law.
He is the youngest of 10 siblings: Jesse, Leon, Johnny, Steve, Dorothy, Theresa, Maryanne, Ronnie, and Margie.
Out of school he went into the United States Army, where he was stationed in Germany, and worked with rockets and missiles. He was good friends with his fellow soldiers.
He took lots of pictures including those of himself climbing out onto roofs that he clearly shouldn't have been on.  He had many fond memories of his time stationed out there.
Anthony spent is career operating machinery and presses for carboard displays and containers.
I remember him showing me some of the products he had made for Starbucks, McDonalds, promotions for the Marvel and Spiderman movies, and even materials for Microsoft Windows.
Growing up in a large family and also doing a tour in the Army, Tony wasn't afraid of much, but he met his match one day in the form of a white rabbit in the yard.
He attempted to shoo the rabbit out of the yard by spraying at it with the hose; but rather than scamper away as a normal rabbit should, it glared at him and charged right toward him - causing him to retreat up the porch and back into the house.
Anthony and Karen O'Leary, his eventual wife, went to the same childhood school together;  however their romance kindled when they spent time together at Karen's grandfathers' bar; the family bar where she worked. In the early 1980s in June he and Karen Marlene O'Leary got married, and in April 1984 they had a daughter: Veronica.
Some happy childhood memories Veronica remembers with her father are Tony taking her for night time scooter rides at their place up north in Wisconsin to see if they could see the Milky Way Galaxy, away from the city lights.
Or him playing "mad dog": which included him chasing around Veronica and little John Jordan around the house with whipped cream on his face.
They would get him back however by feeding him "bazooka soup" which was a "soup"  made from whatever Veronica and John could find around the kitchen, and he would have to drink it.
Tony had a few dogs in his life; they had the family dog lady when Veronica was a child.  Later when she was in high school she brought home another, a puppy named Sasha.  Tony was initially not enthused to have another dog , but over time the two became fast friends.
Sasha would curl up beside him on the couch, keeping his legs and feet warm as they watched old Westerns together.
Anthony had a few hobbies, including deer hunting which he would do up north in Wisconsin; and it gave him the chance to spend time with his friends up there, including Tony Marotta.
He also enjoyed football, being a lifelong Chicago Bears fan. I watched a number of football games with Tony where we bonded through the sacred tradition of insulting each others' sports teams.
Tony enjoyed working on home improvement and renovation projects.
He worked on various renovations projects with his brothers Steve and Johnny.  When he got older he befriended a handyman named Joe; they did a number of projects together on his house and the neighbor houses.
His tow grandchildren: Anthony and Marilena, were always excited to see grandpa.
One time upon entering the house Marilena ran up to give grandpa a hug so quickly that she wound up headbutting him right in the face.
He kept a room of toys for the grandkids, and when they came over they would spread the toys all over his living room.
He played games with them and watched them as they dressed up like knights and had daring battles in his living room.
I have known Anthony Konieczka since 2005;  17 years.
This is less time than most of you here today have known him for; and he has affected your lives in different ways and provided you each with your own individual experiences with him.
We can think of someone's legacy in many forms: their experiences, their career, their accomplishments.
Anthony leaves behind his descendants:  an amazing and intelligent daughter, two bright and optimistic grandchildren, and a lifetime of memories with all of us.
Anthony, as a brother, a cousin, an uncle, a father, and a grandfather: we will miss you.

To order memorial trees or send flowers to the family in memory of Anthony Konieczka, please visit our flower store.
Send a Sympathy Card