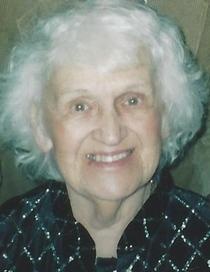 Armella was born January 12, 1923 and died July 1, 2016, She and Harry were married on April 26, 1942 for 63 years. Armella was a devoted wife, mother, and grandmother. She loved music, especially Frank Sinatra and the saxophone playing of her husband, Harry, and the Big Bands. She was a piano teacher and co-owner of Bridgeport Music Studio. She and her husband, Harry, were much loved by their music students and mentored them to many music competitions in the Midwest. She loved baking and was famous for her chocolate chip cookies, kolaczki, and nut cups, as well as many birthday doll cakes.She was a seamstress and often helped out in the Grabowski family tailor shop on Morgan Street. She also studied nursing. In later years Mel and Harry moved to California and enjoyed the family and the ocean. She worked in television in her golden years. Armella was a lover of the color purple and sea shells. She loved her trips to Hawaii. The most important thing in her life was family.
Visitation Thursday and Friday 3-9:00 pm at Pomierski F.H., 1059 W. 32nd St. Funeral Mass Saturday 11:00 am at St. Barbara Church, 2859 S. Throop St.INT. Private.(773)927-6424. www.pomierskifuneralhome.com
To order memorial trees or send flowers to the family in memory of Armella Grebb, please visit our flower store.