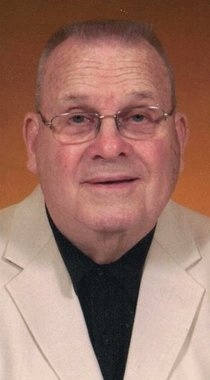 Born in Chicago to Felix B. and Veronica Gorski Krydynski on October 13, 1936, Daniel was baptized and confirmed at St. Mary of Perpetual Help Church in Chicago.  He was raised in the Bridgeport neighborhood of Chicago and was a 1955 graduate of DeLasalle Instituite.

Daniel was an honorably discharged veteran of the U.S. Army, serving 16 months as a medic with the 1 st Calvary in Korea.  He and Marlene Knappe  were married January 10, 1959, at St. Mary of Perpetual Help Church.  Three children were born to their union.

Daniel was employed in customer service with the former Harris Composition and the former District National Bank, retiring in 1998.  He was active in the Holy Name Society and served nearly 30 years as Scoutmaster of the former Troop 421, earning the Silver Beaver Award.

Daniel and Marlene had been married 37 years when Marlene passed away February 29, 1996.

Daniel married Carol Rajewski October 29, 2001, at St. Mary Star of the Sea in Chicago.  They moved to Altenburg, Missouri and became members of Immaculate Conception Catholic Church in Jackson.   Daniel was a 3 rd degree knight with Bishop Timon K.C. Council in Jackson.

He was preceded in death by his first wife, Marlene Krydynski; his parents; and five siblings.

Arrangements in Missouri are coordinated by McCombs Funeral Home and Cremation Center in Jackson and are as follows:

Visitation is from 3 to 7 p.m., Sunday, October 20, 2019, at Immaculate Conception Catholic Church in Jackson.  Deacon Walter Biri will lead Parish Prayers at 6 p.m. Sunday, immediately followed with a Rosary led by the knights of Bishop-Timon Council.

Memorials may take the form of contributions to the Building Fund of Immaculate Conception Catholic Church or the American Cancer Society.

To order memorial trees or send flowers to the family in memory of Daniel Krydynski, please visit our flower store.