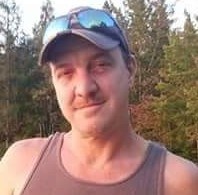 Michael Harold Terry , age 50, passed away on February 21st, 2017, in Chicago,Illinois. Michael is survived by his Wife, Kimberly Bennett, of Tomahawk, Wisconsin; his 7 children Tiffany Breitenfeld, Jennifer Mason, Deanne Mason, Christopher Mason, Amber Terry, Jacqueline Terry,and Michael Terry; His 4 grandchildren, Ethan Breitenfeld, Lauren Breitenfeld, Aerabella Somers, and Christopher Moriarty; his Mother, Jackie Terry; his brother, Jeffrey Terry;and His step father, Walter Reed, all of Chicago, Illinois. He is preceded in death by his Father, Harold Michael Terry, who died in 2002, of Chicago, Illinois; his brother, Joseph Terry, died in 1965, of Chicago,Illinois. Michael was born on May 27th, 1966 in Chicago, Illinois, to parents Jackie Terry and Harold Terry. He moved to Tomahawk, Wisconsin,in 1997 with his wife and children, bought a house and started their lives. Michael was a great family man and a loving father. He married Kimberly Bennett in 1995 and the couple had 7 children together. Michael was a social, active, outdoorsy man who was deeply involved in gardening, fishing, camping, and spending time with all of his loved ones for the majority of his life.

To order memorial trees or send flowers to the family in memory of Michael Terry, please visit our flower store.