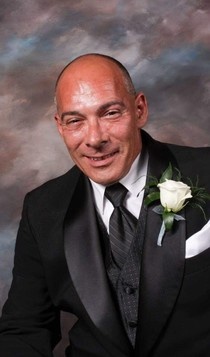 Ronald Michael DeFrancisco (Ron) age 60 passed away October 21st 2019, surrounded by love. Ron was preceded in death by his parents Raymond DeFrancisco and Elizabeth Hallman. He honorably served in the United States Navy from February 28th 1977 to February 27th 1983.

Ron was known for his love for life, his big heart, and his wonderful sense of humor. He always had a smile and a joke for everyone he met.

His loss is felt deeply and he will be missed by many. A memorial service will be held November 2nd from 12pm to 4pm at Pomierski & Son Funeral Home 1059 W 32nd St, Chicago, Il 60608. A prayer service and military honors will be 3:30 pm. INT Private.

To order memorial trees or send flowers to the family in memory of Ronald DeFrancisco, please visit our flower store.