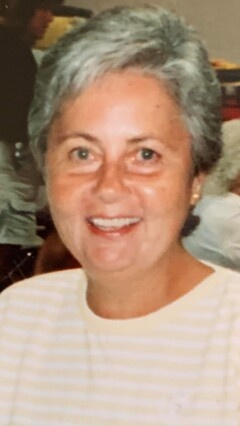 Terry Lee Timberlake born September 22, 1946 in Parkersburg, West Virginia to Roy & Anna McDonald (Goudy) passed away Tuesday May 4, 2021 at the University of Chicago Mitchell Hospital at 9pm at the age of 74.  Terry passed after being a successful liver transplant recipient since June of 1993.

Terry grew up and attended and later graduated from Ottumwa High School.  In middle school, she met her future husband & life partner Tim Timberlake (WB).  Terry often looked back and spoke of her years and the fond memories of growing up and starting her life in Ottumwa.  Following her high school graduation she received her nursing degree from Ottumwa Heights and enjoyed years of service at the Ottumwa Hospital.

Terry and Tim were married on December 20, 1964.  They shared many wonderful years together in Ottumwa before moving to Illinois in 1989.  They have two children Bradley Timberlake of Ottumwa, Iowa and Susan Johnson of Winnebago, Illinois.  Terry was blessed with three grandchildren;  Wyatt & Sydney Timberlake & Whitney Johnson.  One of Terry’s greatest joys was the opportunity to spend time with her grandchildren.  She was a very proud Grammie!

For all those who knew her, Terry was an avid reader with a book always at her side, a plan for what to bake in the kitchen and a love of the changing seasons.  She enjoyed daily walks and anytime she could be near the beach or overlooking the Smoky Mountains she was at peace.   Terry loved smelling the flowers, watching the shapes in the clouds, seeing natures beauty whether watching the birds or squirrels to the passing of a butterfly.  She understood the simple pleasures in life were her garden.

She is preceded in death by her parents Roy & Anna, her sister Delores (Dee Dee) Engels and her beloved aunts (Bonnie & Dee) along with her Grandma Goudy.

She was blessed to have been chosen as a transplant recipient without which the years with family & friends would not have been possible.  Terry chose to participate in the Anatomical Gift Society to give back and help others.  On behalf of her and her family we ask you consider being an organ donor and give the gift of life so another person can live. The family asks in lieu of flowers or gifts to please consider a small donation to the University of Chicago Transplant Institute. The donation link in Terry’s honor is https://gofund.me/c443f776 or you may mail a donation to The University of Chicago Gift Administration, 5235 S. Harper Court, 4 th Floor, Chicago IL 60615 specify Liver Transplant Program.

A small ceremony at the beach is planned for September on her birthday to celebrate her life with a few family and friends.

To order memorial trees or send flowers to the family in memory of Terry Timberlake, please visit our flower store.